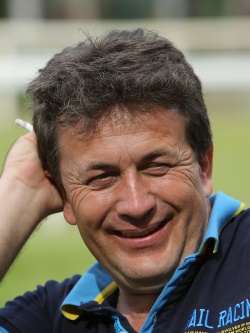 The Czech Oaks, run at Karlovy Vary on Sunday, August 9th, was won by Irish-bred Zariyannka, in a well fought with German-trained Vivienne Wells.

Zariyannka, by First Defence (USA) out of Zaridiva (Duke of Marmalade), is owned by Lokotrans Slovakia. She is trained by Zdeno Koplík, and was ridden by Radek Koplík, the trainer’s brother.

Her trainer said that her next race is again likely to be in a Czech classic - the Czech Derby -which will be run at Prague Velká Chuchle on Sunday September 6th.