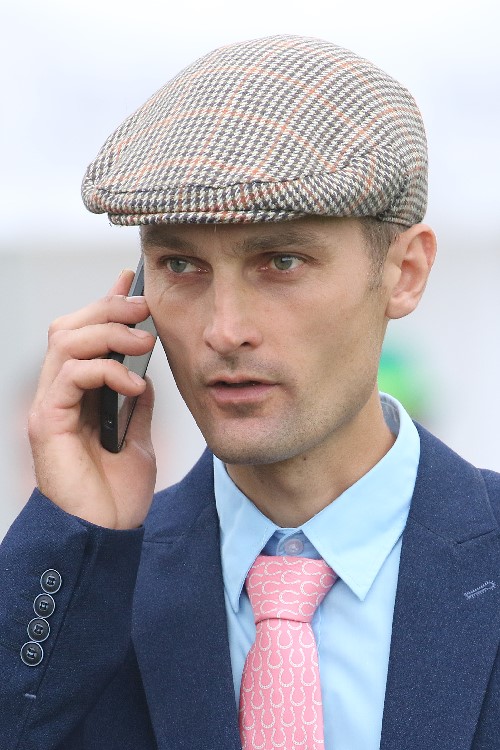 This interview with the trainer of the winner of the 100th running of the Czech Derby, held at Prague Velká Chuchle racecourse on September 7th, was taken by Petr Guth and first appeared on the Czech-language side of our website. Translated by Robin.

The first race meeting held at Bratislava this year was on June 21st, while the Czech Jockey Club had got started more than 5 weeks earlier. Slovak trainers set out with some horses for the first Czech raceday of the season, at distant Most, not knowing whether the horses would be allowed to cross the border on the way out, or whether they would be allowed back in on their way home. All turned out well, and Slovak trainers have gone on to have a lot of success at the Czech racecourses this year, culminating in a well-deserved win in the 100th Czech Derby by Opasan, a cheaply-purchased colt trained by Jozef Chodúr at Borský Mikuláš, very near the Czech border.

A winner in the Czech Derby is quite simply the greatest success so far in the career as a trainer of Jozef Chodúr. The trainer, who currently trains 11 racehorses in Borský Mikuláš, celebrated his tenth win in a race abroad when he “stole” the crown in the great Czech jubilee race in Prague. After the 100th running of the Czech blue riband race, the Slovak anthem was played, and the small training centre, almost within sight of the Czech border, had good reason to celebrate. All this was thanks to a horse that did not arrive in central Europe with the aura of the future winner of big races. There are hundreds of horses that sell as for 5 000 guineas as yearlings at Tattersalls, but very few of them go on to win a classic race. However that is what Opasan achieved in Prague!

Before the beginning of the season, the Slovak team had had in mind running the horse mainly in Slovakia. However, the coronavirus and the scandal around the management of Bratislava racecourse [the only major racecourse in Slovakia] put a brake on the Slovak season, and the promising 3-year-old was sent to race in the neighbouring country. As far as the Slovaks are concerned, that means the Czech Republic. Opasan showed in Karlovy Vary, at the end of May, that he could not only live with the best Czech horses, but was even capable of beating them.

“That was the race when he surprised us. He’d seemed very green at home, but he arrived in Karlovy Vary and won against a pretty high-quality field. We hadn’t been expecting anything like that!”

This unexpected triumph pumped some self-confidence into the Slovak team. The horse was supplemented for the Czech Derby and then he won another preparatory race. Jozef Chodúr saw that the track in Prague suited his horse. “The big wide finishing straight in Prague is just right for his action. If he’d run in the Derby in Bratislava, he’d have had to get round three full turns. Something could have happened at each of them, and the run in would not have given him any scope.  Prague is a racecourse that suits him,” the Slovak trainer emphasizes.

Since Opasan’s first race on a Czech racecourse, Jozef Chodúr has kept saying that Opasan on the course and Opasan in his races has never ceased to surprise him. “You know, at home his behavior is the behavior of a rather green horse that is difficult to communicate with. But as soon as he gets to the racecourse, he switches to a higher level and shows his class. He can look after himself. It’s easy to win races with a horse that performs like Opasan. In all my career, I’ve never seen anything like him [Jozef Chodúr has been training since 2008]. Of course I like him the way he is, because a trainer doesn’t have to do a whole lot of work with him,” Jozef Chodúr admits.

His horse’s unbeaten record this year of course raised the question whether he would be defending his position as the best horse in Slovakia in the Slovak Derby at the beginning of October, for which he is entered. “I think that race comes too soon for him,” says Chodúr. We entered him for Bratislava mainly in case something went wrong and he wouldn’t be able to run in Prague. I think he’ll be given a rest now.”

Interesting news for Czech racing fans is that Opasan may be given a final race of the season in the Prague St Leger.  “I think the distance could be right for him, and the date of the race could be fine. If he’s OK, I think it’s a real possibility,” says the first Slovak trainer in the 21st century to have won the Czech Derby.