Somehow, there has always been something more pressing to do, throughout the last three weeks, than to write an October newsletter.

127th running of the Velka Pardubicka, with Česká pojišťovna

James Reveley, who finished fourth in the Velka Pardubicka on Maljimar in 2012, has ridden the horse in his last three races. It is hoped he may ride here on October 8th. Virtus D'Estruval finished a very creditable 3rd in his last start, which was in the Crystal Cup race at Craon, in France, on September 3rd. 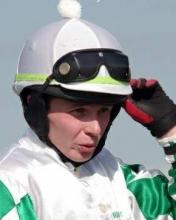 An interesting rider’s name that appeared in one of the hurdles races at Prague Velka Chuchle last Sunday was Jan Verner.

August 2017 has been mainly a month of looking forward and looking outward. As expected, the here and now inside the Czech Republic has been less interesting. Just six race meetings were held in the Czech Republic in August: two at Karlovy Vary, one at Most, one at Pardubice, one at Kolesa and one at Mimoň.

The appearance of Panagiotis Dimitsanis, Greek champion jockey in 18 of the last 20 years, at the European Jockeys Cup meeting at Prague Velká Chuchle 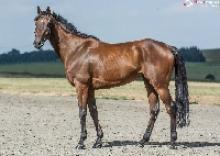