In January 2018, not long after the Vítek family took over the Velká Chuchle racecourse area, Martin Pecka was appointed racecourse manager. After spending less than three years at the racecourse that is the headquarters of Czech racing,

Chris was a Swiss citizen who appeared in the Czech Republic in about 1999, and set about becoming a major racehorse owner here. Initially, his great ambition was to win the Velka Pardubicka. At first he owned a number of racehorses, trained at Lysa and at Mimon. After some years commuting between Switzerland and the Czech Republic, he decided to live mainly in the Czech Republic and he set up with his own trainer, Pavel Kinsky. 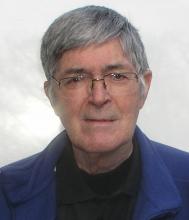 For the first time since 1994, I did not go to the racecourse for the two-day Velka Pardubicka meeting. It was of course sad to miss the great occasion, but there was plenty to be grateful for. Pardubice racecourse made great efforts, and successfully put on a high-quality day of racing (only one day, this year). The Town of Pardubice and the Pardubice District gave plenty of support, as did sponsors and the state authorities.