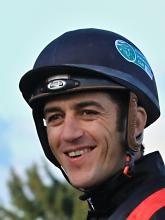 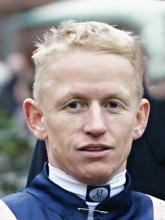 The following jockeys have been named for Saturday's European Jockey’s Cup 2019:

Latest news from the DS Pegas training centre at Zhoř, near Jihlava, is that an 8-y-o chaser, Beau Rochelais, has been bought with a view to running him in this year’s Velka Pardubicka.

At a breakfast meeting on September 18th at the Hotel Mamaison, which is on the opposite end of the bridge, facing the Dancing House, the press was informed about arrangements for European Jockeys’ Cup day.

Famous Valley, a 5-y-o mare owned by Stanislav Chudáček and trained by Helena Vocásková (photo), won the 13th running of the Elektrizace Železnic Praha, a. 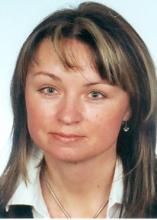 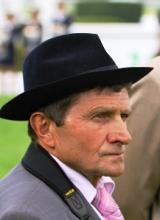 Josef Váňa senior always has a number of well-fancied runners in the Velka Pardubicka. This year again he expects to have four good runners on October 13th.

One of his five entries for the race, 2017 VP winner No Time To Lose, is a non-runner, as he has had a setback. Ange Guardian and Zarif were qualified for the big race before the September qualification race at Pardubice on September 7th. Theophilos and Mazhilis finished 2nd and 3rd in that race, and are now expected to run on October 13th.

The last of the four qualification races for the 2019 Slavia Insurance Velka Pardubicka has attracted an interesting field. There are nine declared runners, only four of which are already qualified for the big race on Sunday, October 13th.